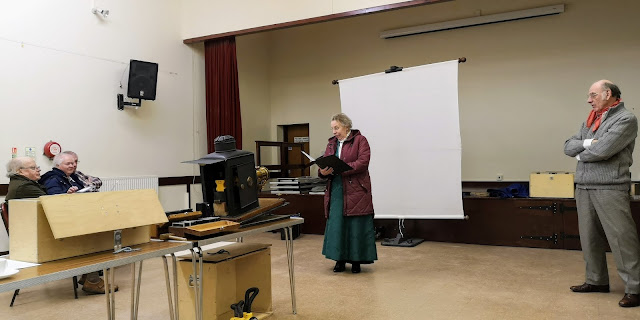 This is John and Rosemary Blythe's third visit to our society, giving us a talk and demonstration of the magic lantern. 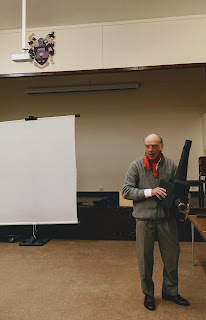 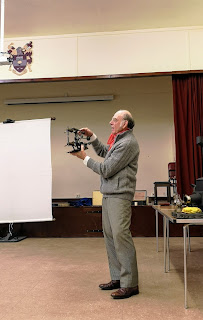 This was an early type of image projector consisting of one or more lenses and a light source that projected pictures - paintings, prints or photographs - on transparent plates usually made of glass. Prominent Dutch scientist, Christiaan Huygens is nowadays widely accepted as the true inventor of the magic lantern. His earliest picture consisted of ten small sketches of a skeleton taking off its skull! 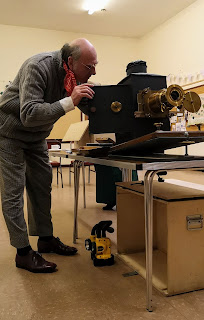 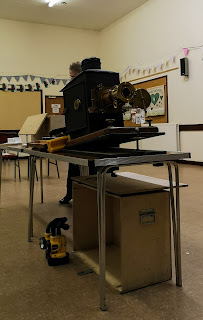 Apart from sunlight, the only light sources available in the 17th century were candles and oil lamps, which were very inefficient and produced very dim projected images. The invention of limelight in the 1820s made them very much brighter. Then the invention of the intensely bright electric arc lamp in the 1860s  eliminated the need for combustible gases or hazardous chemicals, and eventually the incandescent electric lamp further improved safety and convenience.

Although it primarily projected still pictures, it soon developed as a means of projecting moving images or animations. This was achieved  by alternating between pictures of different phases of motion. The magic lantern was, of course, the direct ancestor of the motion picture projector.

It was mostly developed and commonly used for entertainment purposes, but increasingly came to be used for education during the19th century. The magic lantern was in wide use from the 18th century until the mid-20th century when it was superseded by a compact version that could hold many 35mm photographic slides - the slide projector. 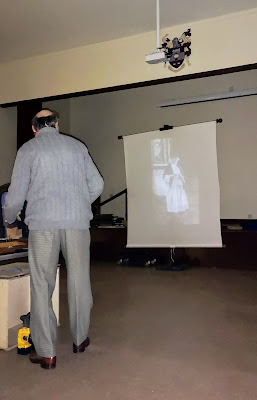 Here then are some images from John and Rosemary's presentation: 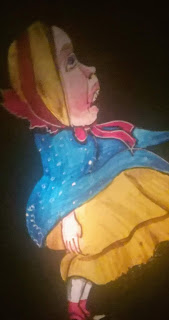 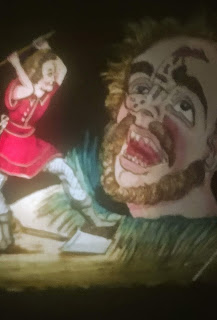 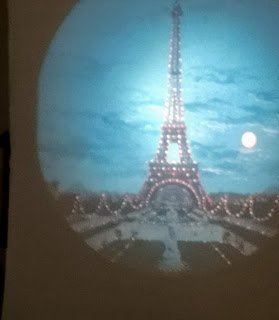 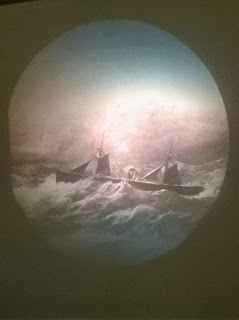 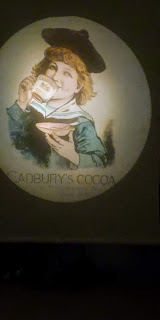 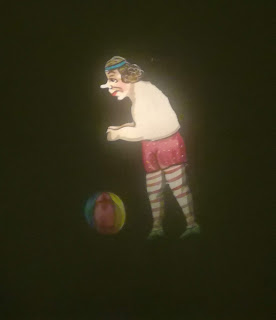